“Definitely a five star masterpiece of love, war, families and communities. I was hooked immediately with characters, storylines and ongoing adventures throughout the entire book.”  ~Amazon Reviewer 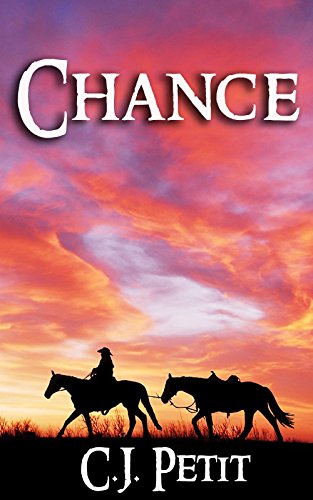 James Everett was desperate. When his daughter had been kidnapped, and he couldn’t raise enough money for the ransom demand, no one; not the law, not the Pinkertons, and not even the army would intervene to try and free her.

He had even had his offer of five thousand dollars turned down by a bounty hunter. But the bounty hunter suggested another man, one who had left the business almost two years ago but warned James that there was only a remote possibility that he would take the job.

Yet no matter how slim it may be, James knew he had to try that last hope, his daughter’s only Chance.

I like Mr. Petit’s Bounty Hunter books. They have more excitement and usually the main character in this case Chance the Bounty Hunter is a hunter out to get the bad guys who hurt innocent people. This one gets 5 stars hard to put down.   -Amazon Review